Just yesterday, after nearly five years of speaking – or trying to speak – Spanish, I meant to say to my tour group that the restaurant owner was saving up to buy a big screen TV, a pantalla (also the word used to describe a lamp shade). Instead, I said she was saving up to buy arch supports, plantillas.

There are so many ways to speak 90% decent Spanish and still sound like an idiot. The classic mistake is married vs. tired, casado or cansado. It’s not such a stretch to say you’re tired of being married.

Horse vs. hair: caballo or cabello. We’re taught in Spanish classes to say pelo for hair – at least in Texas.

However, a very reliable source, a Mexican barber, says that pelo only refers to animals or on humans, hair south of the neck.

Take knees – which despite knowing somewhere that they’re called rodillas, I seem to always choose the wrong ending and say rodillos, rolling pins (also the word used for paint rollers).

I got down on my rolling pins in mass the other day and almost couldn’t get up.

Then there’s all that imperative language; it just sounds so damn offensive until I realize everyone talks that way. Give me that. Bring me that. Do that. Eat this. No “would you please” or “could you” . . . plus, you have to get the direct and indirect objects in the right place.

And those little expressions that people use all the time. The first time José said con calma, I had asked him if he wanted me to pass the bread. I interpreted it as “calm down.” I stood up and nearly threw the bread at him. Turns out that con calma just means “in a minute” or “when I’m ready.” Calmate is what means “calm down,” which I didn’t do for a while after the bread incident. 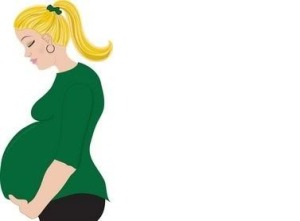 Almost every beginning Spanish speaker has said something about being pregnant instead of being embarrassed, since that’s what embarazada means. Embarrassed is actually avergonzado, which is difficult to pronounce; I just avoid being embarrassed so I don’t have to talk about it.

I’ve managed to do a big blooper both in French and Spanish about preservatives, meaning to say the food kind when preservatif in both languages is actually a condom. French ice cream is so good, I once said to a group of friends, because it has no condoms in it.

And the subjunctive – I love a tense for hopes, dreams and expectations: a whole verb tense with four time frames that allows for the hand of God to intervene. The Spanish subjunctive concedes that I’m not the captain of the universe and therefore not responsible for everything, even losing my keys or forgetting things. You can say “my keys were lost,” “I was made late” – and maybe it was my fault, but maybe I just don’t have to say. What a relief.

Ojala que – which literally means if Allah allows it – that in the future I’ll be able to do this beautiful language justice. I’ll be down on my rolling pins fervently praying for it to be so.