Just over a week ago, I had the kind of accident I had been fervently trying to avoid in order not to go to the emergency room in Covid Times: a dumb run-in with a new knife that had way, way too much filo (sharp edge) from what I was used to in my past decade in Mexico with old, dull knives. I was chopping an onion to make tabbouleh, when the ferociously filoso knife slipped and slid as smooth as butter in the third finger of my left onion-holding hand.

Naturally, I was wearing white shorts as I bled like a stuck pig. From raising two active sons and half of our Dallas neighborhood who saved their accidents for our house and street, I knew it needed stitches, as remarked the handyman conveniently working outside under my carport, and who bandaged my finger to try to make it stop bleeding. I obstinately refused to go, employing magical thinking that the huge open gash (more of a puncture than a slice) would pull together with the steri-strips the handyman had put on. Nope. After two hours, I drove myself to the emergency clinic. I even apologized to the P.A. with the needle that I might be wasting her time. No, she said, I definitely needed to come in. It was as bad as it looked, a little worse even. I had thought it might need two or three stitches. But it took five, a lot on a finger tip.

There’s a lot of magical thinking in these Covid Times that things are really not as bad as they seem, and if we practice strong enough denial – like alcoholics saying we can quit drinking any time we want, we just don’t want to – they will somehow resolve and things will go back to normal. Here are the Covid-related areas that I (sorry, mom) think are as bad as they seem:

Yeah, it’s bad and all the magical thinking in the world doesn’t make these disasters vanish. That doesn’t make me a Debbie Downer, just a clear-eyed realist with a big mouth. But here’s the good news: there are some areas where there’s real hope: 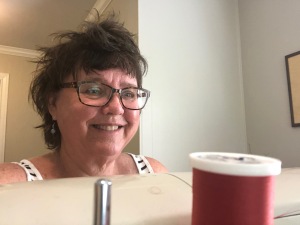 But I only wanted to make a point: I didn’t want to get stitches in my finger, but in the end I chose reality over magical thinking. It was as bad as it seemed, so I bucked up, Mom, and did something about it.