Agility and adaptability may save us all 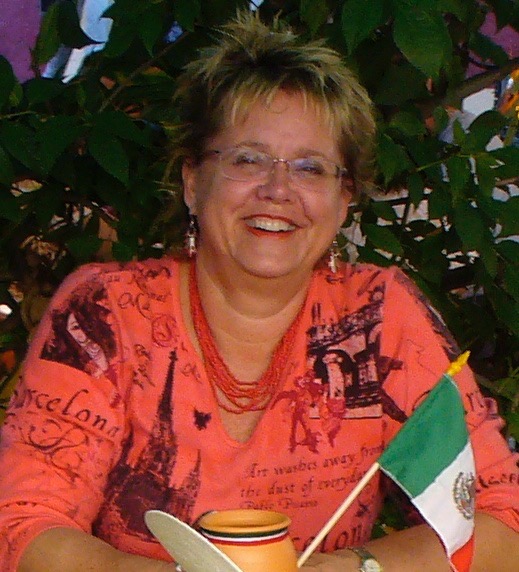 More than 30 years ago, not just Before Corona Times but Before Mexico, when I was (really!) a suburban housewife in Dallas with a side writing gig, I wrote a piece (for a printed magazine!) for Dallas Community Colleges on crafting different types of resumés to get that first job. A traditional vitae – at least then – was linear in time, listing education and (if you were lucky to have had a summer internship thanks to a dad who had connections) whatever paltry work experience might set you apart from the rest of the herd. But what if you organized your self-promotion as skill sets? What volunteer jobs or life experience, showcasing what of your stellar 21-year-old qualities, might be worth giving you a foot in the door? What if it was your potential and not your actual experience that was under consideration? 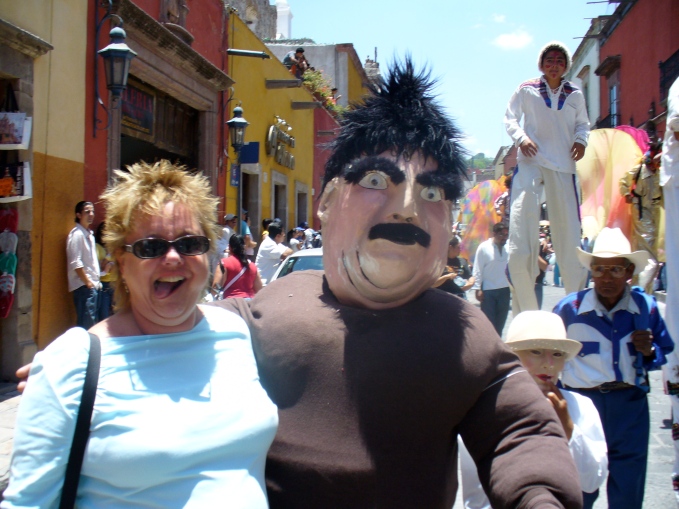 One of my favorite photos of my early days in Mexico; it was rank curiosity that got me here. Why were there so many parades in San Miguel de Allende? Was I leading this one? Had I been waiting all my life for this? (Still don’t know, maybe, and oh yeah.)

It’s a concept that needs seriously looking at in Corona Times: we need to dust off our emotional résumés – like real fast – and see what attributes we each have to start pulling our weight in a culture that, dare I say, needs a hell of an overhaul, real fast. And it’s not necessarily the skill sets that have gotten us this far, because this far doesn’t count for all that much anymore.

Could I adapt to a culture where clowns prevailed, I who avoided every possible opportunity to be made fun of?

These are all very á la mode (which just means in current fashion, not with ice cream on it) concepts for leadership: qualities that an actual leader needs to possess and model if they’re to have any chance of motivating the masses. They’re not separate skills, but an intertwined net of attributes that might come naturally, but certainly can be developed like muscles in a gym.

You don’t have to have them all, and you needn’t despair if you don’t think you have any of them at all. I wrote out this list, then looked at my own life in Mexico over the last decade to see how I might define my ability to rewire for Corona Times.

Could I adapt to a culture outside of the one I grew up in? I still can’t sing the Mexican national anthem but I celebrate its Independence Day and do a heart salute to its flag. Yes, that is the famously idiosyncratic and irascible Pépé, my partner for a decade.

Adaptability. This is hirers’ number-one most-valued skill for leaders: the ability to handle change and adapt to new situations with fresh ideas. At its heart is the concept that change is opportunity, and also the certainty that change is inevitable. Can you get out of a stuck position to adapt to a world that changed right before our eyes just a few months ago? The late great H.G. Wells put it succinctly: “Adapt or perish, now as ever, is nature’s inexorable imperative.”

The bus from our volunteer English classes was detoured by a roadblock and there was only one road back to the city; we hitched a ride in a cattle truck. Agility: quickly reassessing to get ‘er done, despite the roadblocks.

Agility. Basically, it invokes the speed at which you can handle a curve ball and change your stance to meet it. The pitch changed right there on the mound and all you can do is go with it – quickly.  Are you paying attention? Because you have to be observant to be agile. Can you spot the curve ball and move fast enough to hit it when you were expecting something else?

Resilience. It might seem that this is the polar opposite of agility, but it’s more about bouncing back like a rubber ball from setbacks and adversity. Can you fall down, repeatedly, and keep getting up without getting discouraged and sinking into the morass of doomsday thinking? 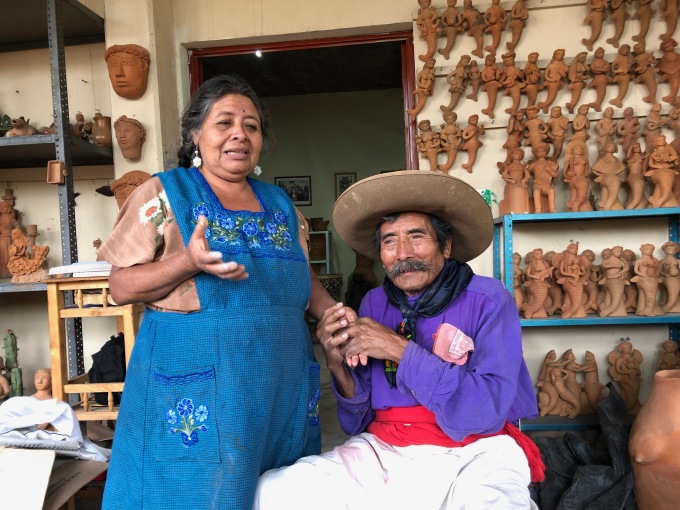 José García António is a potter and sculptor in Ocotlán who has been blind for 30 years. Resilience to his challenges means that “I don’t need eyes to make art,” he says. With adored wife Josefina, whose forehead mole appears on every luscious mermaid he creates from river clay.

History is full of examples of success stories, not overnight ones, but long-term, long-ass struggles of getting knocked down and getting up again because innovators tried and failed. And failed again. And again and again before success arrived, not in a rocket ship but more like on a stagecoach, besieged by bad weather, broken wagon wheels and masked gunmen. 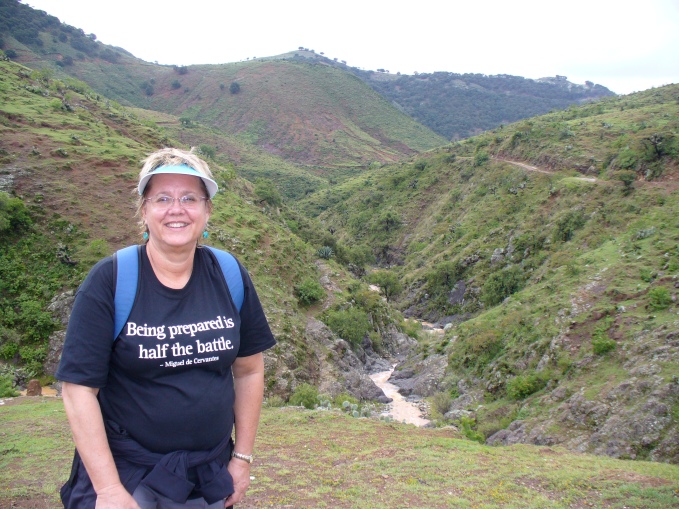 A flash thunderstorm separated me from my language school field trip group high up in the mountains for a charro fiesta; how would I get back to the city? I had already identified friendly drivers of pick-ups and even a horse or two before they found me after two hours. Problem solving is crucial in Mexico, when so many things don’t end up as you envisioned or intended.

Problem solving. Again, you have to be observant. What problem(s) just cropped up? What challenges are they presenting? You have to be able to identify them to solve them. There are no wrong answers here; this is where brainstorming comes in. And where creative collaboration kicks in as well: can you listen to that voice that previously sounded like it was crying in the wilderness? What if there’s real value to that view outside the box that used to be labeled oddball? What do we know and not know? What resources to we have to get there? Could we be forgetting something that doesn’t look like a tool just because we’ve never used it that way before? 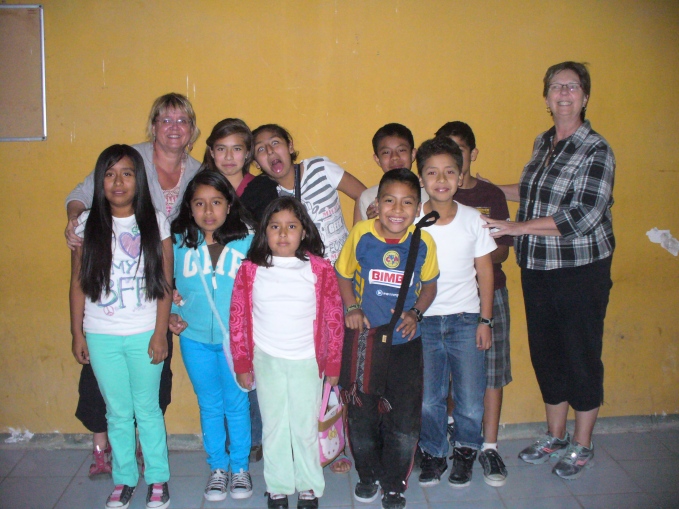 With no lesson plans or teaching materials, we improvised in our volunteer English classes through En Via. I had a portable white board and markers, several pair of dice, some old magazines, and other odds and ends to teach an hour-and-a-half class twice a week. Worked fine.

Improvisation. Often used to problem-solve something that’s never been seen before, because well – it’s never been seen and there are no pat answers. On the Apollo 13 mission, when three astronauts suddenly became stranded with limited time in space after a compressor exploded and began draining their oxygen, Ground Control had to improvise a solution with what was on board; there was no running to Rocket Zone for serial-numbered parts. They came up with a makeshift solution that involved using the covers torn from on-board operations manuals, duct tape and various other items to buy time for the crew to re-purpose their lunar landing model into an escape hatch to Earth. Adaptability, agility and problem-solving all came into play. 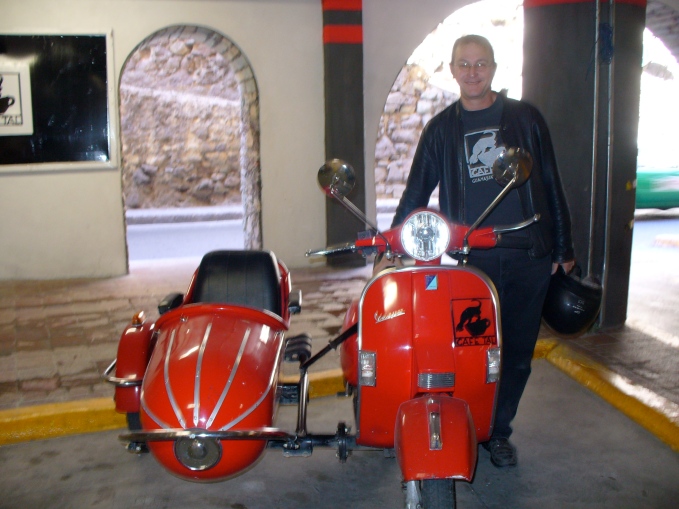 Curiosity. If you don’t wonder about things and how they work, try out the new and unknown, and think about what you might change and how from where you currently are, you sink into complacency: the state of staying stuck in your comfortable mud because it’s just so damn hard to get unstuck. How and why did things get so bad? What were the signs along the way that you just didn’t see? You have to be curious to even get to assessment that leads to change, and we have a leader at the top of our government who Just. Isn’t Curious. One. Damn. Bit.

Volatility, thy name is Pépé. For 10 years, my partner was a Oaxacan barber who pre-AA was a street drunk for 30 years. Did it last? Sadly, no. Was it worth a decade? Hell yeah.

Tolerance to volatility. Closely related to persistence, but more the ability to withstand violently changing conditions and not just ride them through but prevail. Find the New World through tossing seas and scurvy and despair and risking falling off the edge of the known world. Back in Pre-Corona Times when travel was a thing, it used to be said that you could rate your travel companions on the way they handled a missed flight, lost luggage and a rainy day. Go exponential there on what volatility means now; is there anything still for certain? Literature on addiction (which I have needed to read for painful personal reasons) proposes that addicts use because they have low tolerance to volatility, that they self-medicate their way through painful change. Because duh, change is hard and painful and we usually don’t do it until we’re forced to with no other way forward. Hello, Corona Times.

Emotional intelligence. So, so different from book learning and actual IQ, EQ is the ability to negotiate the stinky swamp of human reactions, not exactly based on charts and predictable outcomes. Are you self-aware enough to look outside your own skin? Do you understand what motivates people, all different kinds of people but, also that common nugget of humanity within us all? Can you empathize with others who have no experience common with yours other than being rankly human? How adept are you at vital social skills like communication, collaboration, building bonds and conflict management? Do you give a damn, and if so – what can you do about it? EQ demands a level of maturity that frankly eludes many people, because it’s hard to be adult. 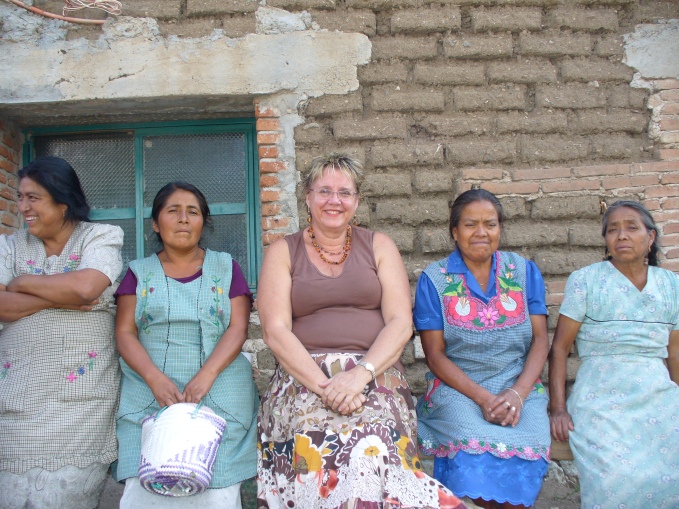 The women borrowers of En Vía’s microfinance organization often lack much, if any, formal education; girls in their day went to work, not school, to prepare for marriage and a family. But can they read your face and body language like a book to make a sale? That’s emotional intelligence.

In Pre-Corona Times, maybe we held out that everyone wasn’t called to be a leader. It’s hard work better left to those better prepared, we might have whined. But these aren’t ordinary times and we don’t have the luxury of being ordinary people any more. Dust off your emotional résumé. Polish up a skill set that’s been languishing in the closet. Maybe just one or two, in your small sphere of influence. Or go big and put on your Adult Pants to get out on that scary limb or make that jump across the void.

OK, it’s not Mexico — it’s my son Bryan leaping over a chasm in Germany on a backpacking trip more than a decade ago. I’ve always loved this photo (if feel a little frisson of fear as a mother) — it’s calculated risk personified, done and won.

Sure, we need real leaders to step up and help guide us out of this mess. But don’t discount what you can do, where you are, in your imperfect skin and even from the spectacular train wreck of your life.

Voladores in Mexico take it all on: agility, adaptability, resilience, problem solving, improvisation, curiosity, tolerance to volatility and emotional intelligence. They are spinning around in the air 100 feet above a cobblestone pavement, depending on each other to maintain the equilibrium and counting only on their own ingenuity to make it down alive. God, I miss Mexico.

One thought on “Skill Sets in Corona Times”