. . . in the suburb of Santa Rosa on the hill above Oaxaca near José’s brother’s house, where we were taking a walk and suddenly ran into the whole gang on the wall behind a restaurant. 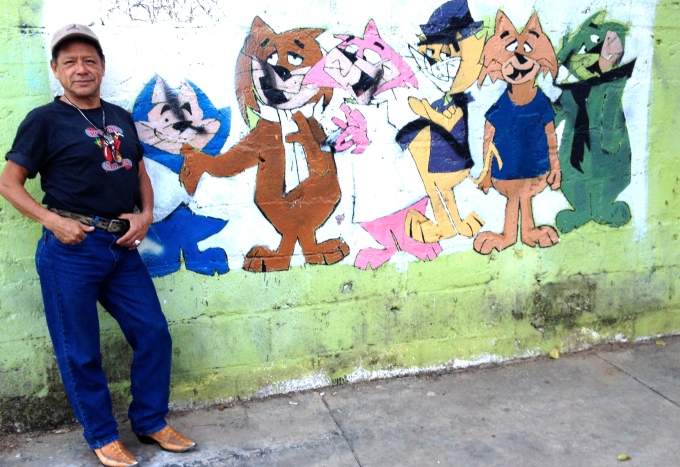 I can still sing the song: The indisputable leader of the gang,  He’s the boss, he’s the pip, he’s the championship —  He’s the most tip top  Top Cat! (Now that I think about it, he was really a mafioso boss, wasn’t he? Or at the very least, a wise guy with his own gang of not-so-smart hoodlums like Benny the Ball). It only ran for one season in the 60’s when I was a kid, yet here’s Top Cat in Oaxaca: poetic justice since a cat in Mexico only has seven lives, not nine like in El Norte.

In Mexico Top Cat was called Don Gato y la Pandilla (Sir Cat and the Gang). For some reason, cartoon equivalents in Spanish crack me up and I even keep track of them in the little notebook I keep in my purse to remember such things. I did note while watching cartoons at the hairdresser (along with her 5-year-old nephew, who sat on the floor next to me): Porky Pig also stutters in Spanish. But he’s just called Porky here, no need to redundantly state that he’s a pig.

Speaking of pigs, I have to admit something here. I grew up on Winnie the Pooh, a book my Uncle George and Aunt Penny gave me when I turned five. I loved Winnie the gentle stuffed bear and his little sidekick, Piglet. Only it was years, YEARS mind you, before I realized that Piglet was . . . a pig. I thought he was a little armadillo-like creature with a bee-hive shaped body. Named Piglet. 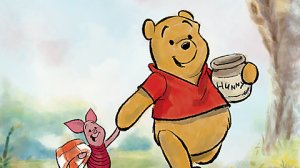 My kiwi friend Jodi set me straight recently in Mexico, “God, Susan, he’s a pig wearing a jumper!” Which of course is a sweater, given the vocabulary differences in British/New Zealand vs. American English, and now I guess I can see that. In Spanish he’s just Puerquito, little pig. And speaking of Winnie in Mexico, here he’s just “Winnie Pooh,” no “the.” That one little omission somehow takes away some of his status.

Or tale Sesame Street’s Miss Piggy, who was simply Peggy on Mexico’s version of Plaza Sésamo. But her green friend (whom we know as Kermit the Frog) apparently had a serious identify crisis that wasn’t rectified until 2011, more than 30 years after he’d made his debut on Mexican TV as La Rana René.

That was the year that Kermit came out of the closet to his original name, explaining that when he first visited Mexico they introduced him as “René,” and he went along with it to not appear impolite (more on that cultural phenomenon in Never Say No.

Evidently The Muppet Movie, released in 2011, was causing some confusion as to how a green dude now on the big screen as Kermit was known in Mexico not only by a French name but as a feminine creature (una rana, a frog) to boot. 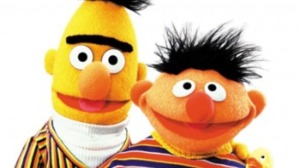 Other Plaza Sésamo personalities included Paco, a grouchy green parrot who paralleled Oscar the Grouch, and Beto and Enrique, Bert and Ernie en ingles. And speaking of grouches, Elmer Fudd’s name in Spanish was Elmer Gruñon, Elmer the Grouch.

Donald Duck is El Pato Donald – a straight-up translation– but the nephews we call Huey, Dewie and Louie are Hugo, Paco and Luis. Since the place name has no connotation here, Yosemite Sam was called Sam Bigotes (Sam Mustache) in Spanish.

But at least that pesky wabbit has always been called just Bugs Bunny, no translation necessary. Though instead of “What’s up, doc?” he says, “Que de nuevo, viejo?” (‘What’s new, old man?”)

Just doesn’t sound the same, does it? Ask Kermit, who let himself be called René all those years. Bet Peggy, Paco, Beto and Enrique got a kick out of that. 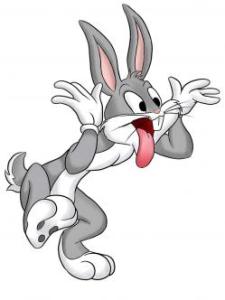 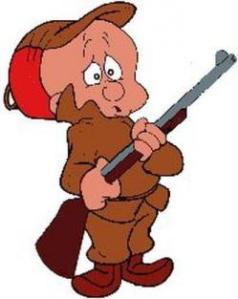